Cinema of the future | The future of (not only) cinema
« Future Film Festival was born at the threshold of the year 2000, the iconic year of a far far future but very close at the same time.
At the end of the Sixties Kubrick already described the future “The horrible thing about the universe is not its enemity but its apathy. As far as the dakness could be large out there, we always have to supply with our small light.” (Stanley Kubrick, 1969). The director saw the future as the big unknown and the exact time in which we have to rethink about the human figure in a cosmic scale. “The universe destruction will not have any relevance if you look at it from a cosmic point of view.” Also at the end of Nineties the art of cinema suffered big changes and went meet the unknown. Computers became central for the image processing and for the daily life of people (email, World Wide Web). From the ‘smart’ appearance of a computer in 2001 A Space Odyssey, after few years the real computers switched to creating moving images.
The joke between real and virtual, the raid of real actors in virtual sets or digital characters in real sets, create the most powerful illusion of all times, the illusion George Méliès dreamt at the beginning of the Twentieth Century. Animated movies, magic sing of the illusion par excellence, cannot but enter this universe.
Year 2006. Time Magazine chooses for the “person of the year” a computer display with YOU inscription in the middle. The subtitle was “Yes, You control the information era. Welcome in Your world.”
The cinema itself takes over this evidence: the extra-wide screen experiences are becoming more and more important, such as the videogames, YouTube (born on February 1st, 2005), the mobile devices, online series, the new carousel experience with 3D glasses, up to today’s VR and AR that make the public a real star, transforming it in a player. And again, the moving images producer has to face the millions of amateur producers. The open source definition, or open artwork, gets into the world of cinema in its own right. As Guido Bartorelli says in “Art Tube” (Edizioni Cleup, Italy, 2010), Be Kind Rewind by Michel Gondry (2008) is one of the most iconic movies that talks about changing the relationship between producers, artists and public. “Consumers take over freely the movies they love (...). In this way the entire community becomes prosumer.” The high quality of the images is no longer important, but their transformability is the new worth, because the images are now next to us. Here’s the big tangle from which, at the end, we draw contents and inspiration for the Future Film Festival program. “Movies have not yet detect their real meaning, their real possibilities... They consist of the capacity in bringing real all the magic, marvellous and supernatural things.”
(Walter Benjamin, L’opera d’arte nell’epoca della sua riproducibilità tecnica, Einaudi, Italy, ristampa 2000).»

Associazione Amici del Future Film Festival
“Associazione Amici del Future Film Festival” has the aim to promote the cinematographic culture connected to the future of technologies, animation and vfx by young adults, professionals and students. Associazione’s offices are in Bologna, Italy, a city in the earth of Italy open to cinema studies with Cineteca di Bologna and DAMS University, and the many professionals in the Emilia-Romagna Region.Together with the local government, Associazione operates in favor of children and teenagers offering cinema workshops on animation and vfx. We love to work together with the young generations inspiring the creative use of technology. We love also to contribute to the dissemination of movies that do not have Italian distribution yet. 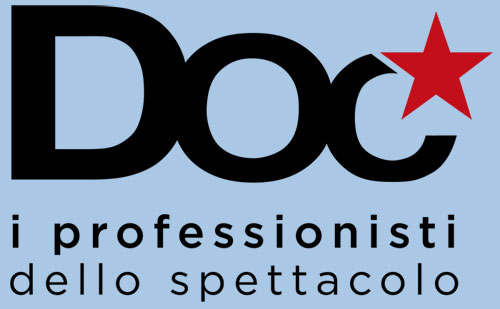